Keeping You in the Loop About the Artificial Pancreas 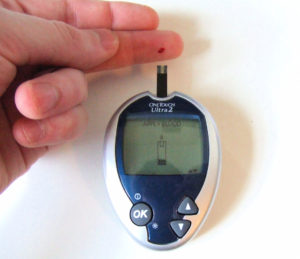 If you have Type 1 diabetes, your entire day can be spent treating your condition. Over the past few decades, technology has advanced significantly, making life as a Type 1 diabetic easier than ever before. The FDA approval of a new medical device called the artificial pancreas in September 2016 will continue this trend. Derek Rapp, President and CEO for the Juvenile Diabetes Research Foundation (JDRF) says that the artificial pancreas “is a historical achievement for JDRF and the entire T1D community. After years of laying the ground work, this life-changing breakthrough is a true testament to the reason JDRF exists, which is to accelerate ways to cure, prevent, and treat this disease.”

Researchers at the University of Virginia are developing and testing these devices. This device has two components: a smartphone and an implanted insulin pump. You may be asking yourself, but how does it work? The smartphone component uses an algorithm to deliver just the right amount of insulin into the body, as well as control blood levels. The insulin pump receives the patient’s blood sugar levels from the smartphone every five minutes in a process called “looping.” The device performs the same functions as a healthy pancreas.

Trials are being conducted all over the United States and Europe, the first of which is the International Diabetes Closed-Loop trial. This trial will be performed using the device developed by UVA and will be led by Boris Kovatchev, director of the UVA Center of Diabetes Technology. According to Kovatchev, the artificial pancreas is “not a single-function device; it is an adaptable, wearable network surrounding the patient in a digital treatment ecosystem.”

Les Hazelton, a 59 year old type 1 diabetic from Minnetonka, Minnesota, says that until he enrolled in a trial at Park Nicollet’s International Diabetes Center in Minneapolis, he was always chasing his blood sugar. “It was totally mind-blowing. I like being in better control of my body and my disease. The more I know about what’s happening right now, the better I can manage it,” he said.

You are likely wondering when such a device will be available on the market. Diabetes In Control www.diabetesincontrol.com says that with several trials having been conducted in 2016, we could see the first artificial pancreas available sometime this year.