Is Lack of Sleep Showing on Your Face? 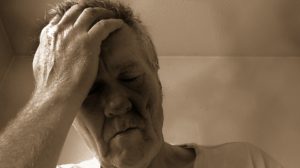 It turns out there may be scientific significance behind the colloquially used phrase “beauty sleep.” Researchers within the Department of Neuroscience at the Karolinska Institute in Stochholm, Sweden investigated facial cues and features and how they signal fatigue. Facial expressions can be a very powerful sociological tool humans can use to communicate emotional states, since the face is the primary source of information in social perception.

The study included 23 individuals who were photographed on two separate occasions. Once after eight hours of normal sleep, and then again after 31 hours of sleep deprivation following five hours of sleep the night before. Out of the initial 23, 10 were chosen to have pictures taken. Pictures were taken in well-lit, non-flash conditions and were asked to display a neutral facial expression. Analyzing the pictures were 40 volunteers, both women and men, and with a mean age of 25. The volunteers were asked to rate the pictures based on facial cues, which had been predetermined. Examples of the most used cues are hanging eyelids, red eyes, swollen eyes, dark circles under eyes and pale skin.

Unsurprisingly, individuals were rated as looking more fatigued after a period of sleep deprivation versus a night of normal sleep. Hanging eyelids was the cue most recognized as someone being sleep deprived. The study did find that there was no big difference between men and women in respect to their facial cues when fatigued. Worthy of note, subjects were also perceived to be sad when fatigued. Characteristics such as droopy corners around the mouth and tense lips incited perceptions of sadness.

The face is made up of a very powerful neural network, which also happens to be your first impression when you come into contact with another person. There is belief that facial cues can also hinder interpersonal communication, as someone who is perceived to be sleep deprived may appear to be less inviting and possibly less trustworthy that someone who is well rested.

What did you think of this study? Is your lack of sleep showing on your face or are you well rested?