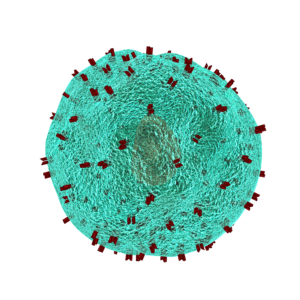 For many years, researchers have theorized that type 1 diabetes is an autoimmune disorder, where the body attacks healthy insulin producing cells in the body instead of bacteria and viruses. However, the exact reason why the autoimmune response occurs had not been discovered.

Recently, researchers at John Hopkins have discovered a new type of immune cell that may be the source of the autoimmune reaction that causes type 1 diabetes.

How the immune system works

The immune system consists of T cells and B cells, known as lymphocytes. These cells seek out, identify, and destroy antigens that are harmful for the body, including bacteria and viruses.

When an immune cell identifies an antigen, it alerts other cells to create antibodies and eliminate the threat. However, when immune cells wrongly identify a healthy cell in the body as a antigen, it triggers an autoimmune response, causing disorders including arthritis, multiple sclerosis, and type 1 diabetes.

What is the hybrid X cell?

However, groundbreaking new research has identified a different sort of hybrid immune cell with properties of both T cells and B cells. Researchers call these X cells. The dual structure of the X cells means the cells can activate both T and B cells, making them uniquely powerful actors in the immune system.

What is the connection between X cells and Type 1 Diabetes?

X cells are able to create a special protein called x-Id peptide. Scientists believe this protein mimics the signature for insulin, which wrongly identifies insulin as a dangerous antigen. Since X cells have a  hybrid structure, both T and B cells are alerted to attack insulin-producing beta cells in the pancreas.

In addition, only diabetic patients had X cells with the genetic code for producing the x-Id peptide. This leads scientists to believe that the production of this protein could be connected to the diabetic autoimmune response .

What are the next steps for diabetes research?

With the discovery of X-cells and the x-Id peptide, it is possible that a early detection procedure for type 1 diabetes could be developed. The genetic code for the production of the x-Id peptide in X cells could serve as a bio-marker, indicating a higher chance of developing the condition. Early detection can lead to better treatments and healthier lives for children with type 1 diabetes.

Researchers also explained that these discoveries about the possible mechanics of type 1 diabetes has pushed science closer to an eventual cure. Immunotherapy could be the new frontier of diabetes treatment.

With the effort of countless researchers, we have gained a deeper understanding of how diabetes works in the body. This greater understanding helps patients with type 1 diabetes get better care and pushes the medical field closer to a cure.