Diabetes and the Dopey Effects of Dopamine 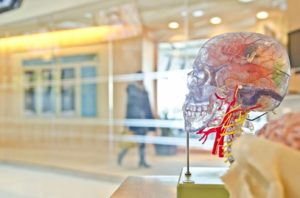 Have you ever wondered if there was more as to why it can be so hard to eat well? Insulin has been linked to the pleasure centers of our brain! According to a recent study, insulin has been found to be strongly allied with dopamine, a neurotransmitter that controls pleasure. This can mean a myriad of things for people with diabetes, as well as those at risk.

First, what exactly is dopamine? It is a neurotransmitter that acts as a chemical messenger in the brain. It has many vital roles in our brain and its functions include movement, memory, attention, and most commonly known pleasure and reward seeking behavior.

“Our work establishes what we believe is a new role for insulin as part of the brain’s reward system and suggests that rodents, and presumably people, may choose to consume high-carb or low-fat meals that release more insulin – all to heighten dopamine release,” said Margaret Rice, senior study investigator and neuroscientists at New York University Langone.

Low Calorie Diets = Healthy Levels of Insulin in the Brain Too

Dopamine levels were found to rise between 20 and 55 percent as a group of mice and rats ate and increased their glucose quantities. Rats who were fed a low-calorie diet only needed 10 percent of the insulin needed by rats on a normal diet to elicit an elevated release of dopamine. Essentially, this means that lowering insulin intake lowers the baseline needed to stimulate a dopamine release.

The link between higher insulin levels and diabetes makes this a dangerous discovery for those with a type 2 diagnosis. Higher carb and sugary foods increase insulin levels in the brain. This may explain why many find it difficult or near impossible to follow a healthy diet. Likewise, following an unhealthy diet means that people need more insulin to trigger the dopamine response in the brain. And so, the cycle continues.

The good news is that if these findings continue to hold, diets can be adjusted in healthy ways to manage that dopamine-reward rush! I don’t know about you, but making smart food choices and conscious decisions are much easier for me when I understand the mechanisms working behind it.