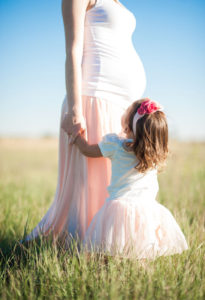 What if all it took was a little sunshine to lower your baby’s risk for asthma? In a recent study, researchers have observed that women with more vitamin D in their second trimester lowered their babies’ risk for asthma.

According to the Centers for Disease Control and Prevention, 1 in 12 in the U.S. suffers from asthma. “Our health system spends billions and billions treating asthma, and there’s lots and lots of opportunity costs,” said David Slusky, assistant professor of economics at the University of Kansas. “Pain and suffering, loss of productivity and premature death — asthma has all of those.”

The University of Kansas has found that as little as 10 minutes a day in the sun during the second trimester of pregnancy could reduce a child’s risk for asthma later in life. Sunlight is where Americans get more than 90 percent of our vitamin D. David Slusky and colleagues Nils Wernerfelt of the Massachusetts Institute of Technology and Richard Zeckhauser of Harvard’s Kennedy School examined the medical hypothesis using an economist’s tools, such as survey and health data.

Looking at hospital discharges and where asthmatics were born, they were able to pinpoint times mothers would have been in their second trimesters. Concerned about the sunlight being systematically different in separate parts of the country, researchers focused on relative variations. In other words, instead of looking at sunny versus non-sunny areas, they concentrated on differences of the level of sunlight at a particular place at a particular time of year. For example, people born in Georgia in July of 1978 received a different exposure to sunlight in utero than did their fellow Georgians born a year later.
Medical literature emphasizes our need for the “sunshine vitamin” and recommends at least 10 minutes a day to us all. Of course, if you’re going to be in the sun for longer periods of time, wear sunscreen.

“Skin cancer is a very serious disease, and I don’t want to minimize it, but at some point that extra minute you spend inside is costing you more vitamin D than it’s helping you not get skin cancer,” Slusky said.

Prenatal vitamins may include vitamin D already, but medical professionals pointed out that mothers may not be absorbing the full benefit from them. Anything that can help minimize the likelihood of asthma is worth doing, especially something as pleasant as spending some time in the sun.

Besides, sunshine is free!