Women with Diabetes at Higher Risk of Heart Attacks than Men 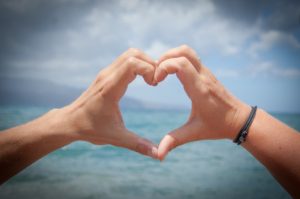 Gender plays an interesting role in how diabetes affects those with the condition. For example, pregnant women carrying a baby boy are at a higher risk of developing gestational diabetes than mothers of girls. New research has revealed another way that diabetes affects men and women differently—studies in China and Italy have shown that women with diabetes are at a greater risk of having heart attacks than men with diabetes.–>

In the Chinese study, Dr. Xue Dong of the Affiliated ZhongDa Hospital of Southeast University of China and his team looked at studies from 1966-2014 and analyzed health data of nearly 11 million individuals. Their research revealed that women diagnosed with diabetes are 40% more likely to have acute coronary syndromes than men with diabetes. An Italian study, led by Dr. Giuseppe Seghieri from the Regional Health Agency in Florence, looked at reports from 2005-2012 and over three million individuals. Researchers found that women with diabetes had a 34% higher risk of a heart attack than men with the condition.