Unraveling the Link Between Childhood Eczema and Asthma 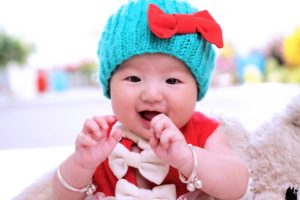 If your child had a serious skin rash at an early age, and later developed asthma, they’re not alone. In the U.S., eczema, a condition that causes inflammation and irritation in the skin, affects 10 to 20 percent of children, and 3 percent of adults. Scientists at Washington University School of Medicine in St. Louis recently  discovered a connection between childhood eczema and the development of asthma.

Scientists were able to link atopic march, or the progression of eczema to asthma, to a molecule called thymic stromal lymphopoietin (TSLP). Cells in damaged skin warn the body about the skin damage by secreting TSLP into the blood system. When TSLP travels to the lungs, it irritates the lungs in a way that’s characteristic of asthma.

Fortunately, the scientists conducting this study also found that early treatment of eczema may lessen the risk of developing asthma later on.  If your child has eczema or a severe rash, talk to their doctor about treatment options to reduce the risk of asthma later in life.