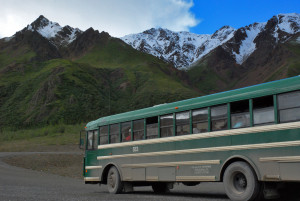 The EPA will provide $7 million to update diesel buses.

It seems like I get stuck behind a smelly car at least once a week during my commute. I feel trapped in my own car, breathing in smelly exhaust fumes. It always seems difficult getting away from those cars—I can’t seem to change lanes fast enough. Pollution from exhaust is more than just an annoyance—it has a big impact on our respiratory health. Diesel-powered school buses are linked to increasing rates of children missing school and experiencing reduced lung function. In response to this growing health concern, the Environmental Protection Agency (EPA) is taking strides to reduce the number of high-polluting vehicles that are out on the road.

In an effort to reduce school children’s exposure to diesel emissions, the EPA will provide $7 million in rebates to replace or retrofit 400 diesel school buses of model years 2006 and older. The rebates will be available to 85 school bus fleets in 35 states. Many older buses pre-date EPA standards that have made newer diesel engines over 90% cleaner. The EPA has required stricter emissions standards on diesel vehicles purchased after 2006.

“Schools and other organizations that install clean diesel technology are doing more than just saving money–they’re creating cleaner, healthier air for children and all community residents,” said Christopher Grundler, director of EPA’s Office of Transportation and Air Quality, in a press release issued by the EPA on Dec. 11, 2015. “This program continues to help thousands of children breathe easier and lead safer lives year after year.”

Diesel pollution is high up on the list as one of most prevalent sources of toxic air pollution in the U.S. It’s not only linked to respiratory problems like asthma attacks, but also to heart attacks, cancer and strokes. Diesel pollution increases the risk of cancer over seven times more than the combined risk of the other 181 air toxics that the EPA tracks, according to the Clean Air Task Force.