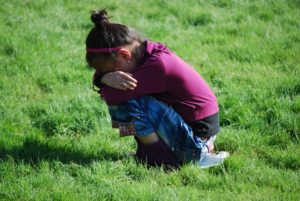 Doctors don’t know the exact cause of type 1 diabetes, but a new study shows that childhood trauma is linked to an increased risk of developing type 1 diabetes. Researchers polled over 10,000 Swedish families and discovered that children who had experienced a trauma were nearly three times more likely to develop type 1 diabetes. Scientists questioned families about the occurrence of childhood stressors like divorce, illness or a death in the family. Researchers questioned families in southeast Sweden with children born between October 1997 and September 1999.

Dr. Johnny Ludvigsson, coauthor of the study, said that he’s not surprised by the results because of the “connections between the brain and immune system.” Doctors believe type 1 diabetes could be caused by genetics or environmental factors, like exposure to a virus. Type 1 diabetes develops when the body’s immune system starts destroying insulin-producing (islet) cells in the pancreas. After many islet cells are destroys, the body produces little to no insulin.

Although this study shows a link between a stressful childhood event and an increased risk of type 1 diabetes, it doesn’t prove that those events cause type 1 diabetes. Dr. David Marrero, president of health care and education at the American Diabetes Association, says that although you can’t say a childhood trauma was the direct result of your child developing diabetes, it’s worth making an effort to avoid exposing children to high stress events. Encouraging children to eat right and exercise frequently is also an important step in preventing type 2 diabetes.