Public health professionals, healthcare providers, and parents around the country were overjoyed when the Federal government banned flavored vaping products in February of this year. One of the most popular brands, Juul, had already pulled its flavored pods off the market in October 2019.

With the recent rapid increase in teen vaping, the new ban provided another pathway to limit their access to nicotine and its negative health effects.

As it turns out flavored vaping products are still for sale – in disposable versions which are not excluded by the recent ban. These disposable products are designed for one time use and are available in many kid-friendly flavors.

Brands such as Puff Bar, blu, and Posh all sell disposable products for teens craving a vaping fix – with flavors like pink lemonade, mighty mint and mango bomb.

These new disposable vaping products are inexpensive and widely available.

Sweet and fruity flavors in vaping liquids cut the harshness of the tobacco. Researchers conclude that this will lead to users inhaling more deeply and in the process absorbing even higher amounts of nicotine versus a normal cigarette. 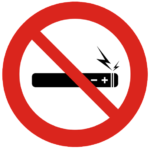 Lead with information not accusations.  If you suspect your teen is vaping or might have friends who are, start with the facts and your concerns versus putting them on the spot with a direct question like, “Are you vaping?”

Do your research. Check out some of the links below and learn about what products are popular, what they look like, and how they can be purchased.

Ask for help and support efforts to quit. Help and support your teen if they want to quit. Seek out online resources like the North Carolina Quit Line or the Truth Initiative. 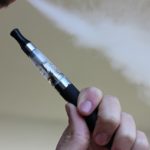 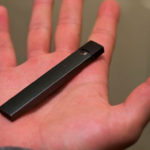 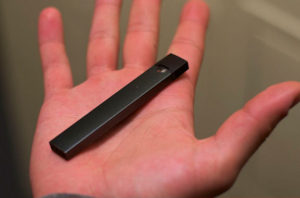 Kids are now facing a new threat that is taking over high schools and middle schools across the United States – a new type of E-cigarette called Juul. Many parents may lack information on how E-cigarettes are spreading throughout their children’s schools and in their own neighborhoods.

Some teens and young adults find the E-cigarette Juul attractive because of its sleek design. The device can be easily charged on a laptop and go unnoticed by parents and teachers. Teens are drawn to Juul for a number of reasons, like its trendy decal skins, and the multiple flavors.

Studies have shown that most teens and young adults do not know that they are smoking nicotine, they think they are smoking water vapor when they are using Juul. Since nicotine is the prime ingredient in these devices, parents and school administrators are concerned.

Not only can nicotine be extremely addictive but it can be very harmful to teens and young adults in many ways such as:

Schools Educate about the Dangers of Juul E-Cigarettes

Parents and school administrators should worry about the long term effects of students using Juul or any other E-cigarettes.

Schools are trying their best to prevent usage of E-cigarettes on school grounds. Some schools have even installed detectors that scan the air for chemical changes and alert an administrator. Schools are also holding classes to review the dangers of using Juul with their students. They are also holding workshops to educate teachers and support staff on what a Juul is and how it works.

For more information about E-Cigarettes, the Juul device and the effects of using it check out the website www.tobaccofreekids.org


The Double Threat of Vaping


Vaping is Smoking, Too

It’s no secret that tobacco is one of the most common asthma triggers. Tobacco smoke irritates the airways and causes your lungs to produce more mucus. In addition, it weakens the tiny hairs called cilia that sweep away mucus and other irritants that settle in your airways.

Quitting smoking is an excellent method of combating asthma, but you aren’t out of the woods yet. Another important risk factor to consider is secondhand smoke. It is especially harmful for children. If you are an asthmatic, tell your family and friends how tobacco smoke affects you. Have them smoke outside and far away from the doorway, if possible. Encourage them to quit for their own health, not just yours.

Vaping is Not Risk Free

Since it is common knowledge that tobacco smoke is very bad for one’s health, many nicotine addicts turn to electronic cigarettes and “vaping.” It gives many a false sense of security and the mindset of “at least I’m not smoking actual cigarettes.” Vaping is harmful, too, but in a different way. The vapor released by e-cigarettes contains formaldehyde, another asthma trigger. So, while people are on the right track with quitting tobacco, they need to know that vaping is not risk-free and may worsen their asthma symptoms. Vaping is a developing trend among teens because there are a number of flavors offered, some even tasting like candy and adult beverages.

Another thing to avoid is secondhand vapor. Since electronic cigarettes are a relatively new phenomenon, many businesses and workplaces do not have policies in place to keep employees and patrons from “vaping” indoors. In the same way you would tell your family and friends not to smoke around you, you should also ask them to vape elsewhere.

A recent National Jewish Health study links the liquid in e-cigarettes to an increase in respiratory infections. During the study, a test was performed on young, healthy non-smokers and it discovered that e-cigarette use damaged the cells in the airways that defend against harmful inhalants, such as viruses. “The cells showed a strong pro-inflammatory response within minutes and the risk of viral infection in those cells rose significantly,” said Hong Wei Chu, MD, who led the study.

If you are an asthmatic or have one in your life, remember to avoid both smoking and vaping for a healthier future.