When Valentine’s Day is Bittersweet 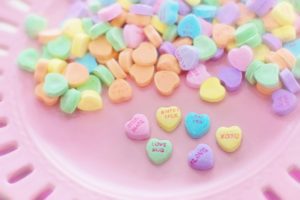 Most people are aware of the most common asthma triggers which are referred to as the 3 Ps: pets, pollen, and pollution. Recent studies have brought a new one to light – sugar. The reason? Sugar causes inflammation of the airways. I bet you didn’t know that a little sugar could cause such a reaction.

In 2008, Dr. Sonja Kiersten, a researcher from the Nestle Institute in Lausanne, Switzerland, began to make this discovery. Dr. Kiersten and her colleagues at the University of Pennsylvania used mice to perform their research by feeding them sugar water. This experiment produced the following results.

Limiting your sugar intake is beneficial to everyone, as sugar can affect your body in a variety of ways including:

In addition to sugar, dairy can also worsen an asthmatic’s symptoms.  Many doctors tell their asthma patients to try to eliminate dairy from their diets because of the mucus milk and cheese produce, which clogs the airways and constricts air passages.  Even coffee can be harmful.  It is definitely important for asthmatics to stay hydrated and water is the best way for them to do so.

With Valentine’s Day approaching, here are some ideas on how you and your family can celebrate this popular holiday with minimal impact: